Graffiti is defined as the art of drawing or writing scratched, scribbled or sprayed patterns on a wall or any other surface with the intention of public viewership. Graffiti as an art can be traced several centuries ago, with documented records of elaborate wall paintings during the Ancient Greece period and Roman Empire era. The art has changed with the times as contemporary graffiti artists use spray paint and marker pens as their primary tools. Despite its ancient origins, it is still a crime in most countries to paint or mark anyone’s building without consent.

In other occurrences, graffiti art has been used by street gangs to mark territories. Nevertheless, graffiti has developed into an art worth appreciating and acknowledging. 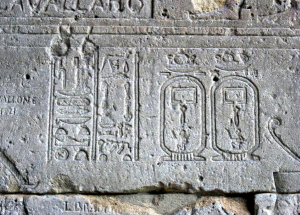 The history of graffiti can be traced back in the Roman Empire era. The word graffiti was coined from the Latin word graffito meaning scratched art. In the Roman Empire, it was related to the inscriptions and figure drawings found on ancient walls. The earliest recorded forms of graffiti are believed to in the shape of prehistoric pictographs and cave paintings dating back as early as 30,000 BC. It is believed that these ancient cave men used animal bones and pigments as their tools to draw images of wildlife and hunting expeditions depicting their environment. An old form of graffiti can be found in specific locations in Syria, Jordan and Saudi Arabia.

Modern age graffiti is perceived to have intermingled with hip hop culture with its cradle being the New York City Subway graffiti. However, all over the world, there are notable graffiti expressions on buildings, subways and railroad boxcars. Of significant recognition is the graffiti “Kilroy was here” done by American troops during the World War 2, the slogan “Boredom is counterrevolutionary” written on almost all buildings in Paris during the May 1968 student protests, and lastly the legendary “Dick Nixon Before He Dicks You” graffiti in America during the 1970s indicating the apathy the youth had against that U.S President.

The first ever art gallery for a graffiti artist, Lee Quinones and Fab 5 Freddy, was done in Rome in 1979. This marked the entrance of graffiti into mainstream art industry. The art was subsequently publicised through feature films and documentaries like Wild Style in 1983. During the late 1980s period, a new genre of graffiti emerged called stencil graffiti. It spread like wild bush fire, within a short period stencils could be viewed from New York to Melbourne in Australia.

A typical application of graffiti in modern times is for memorial purposes. People write messages on wet concrete or cement to commemorate or declare love for lost one, or just to record one’s presence at a particular moment. It is usually dated and left untouched to preserve and cherish the moment.

With increased popularity and legitimization of this unique art, some degree of commercialization was bound to take effect. The graffiti culture has also made inroads in conservative societies like the United Arab Emirates, Iran and Israel. This fact goes on to prove the universality of this orchestrated art.

Modern tagging graffiti artists are incorporating advanced technologies and equipment in their works. For instance, some are considering using projected images and LEDs as new media for communication. There are also ongoing experiments on the introduction of abstract shapes and the deliberate graffiti modifications of former workers.